As you pursue your own next big thing in 2020, my wish is that you will be ready to fail in pursuit of your innovation vision.

That’s right: be ready to fail. And then accept and learn from your failures.

The last few weeks of 2019 were a time to reflect upon the past year’s accomplishments, disappointments, and discoveries. With the clock striking midnight on December 31, we instantly began to create 2020 – with all of its aspirations, goals, opportunities, market demands, risks and pressures.

In the corporate world, the year barely gets started when leaders are identifying and documenting risks to their plans, and then figuring out how to avoid, cover for, or mitigate those risks. However useful the exercise, these and other corporate norms feed employee anxiety about being tagged with failures. They discourage the experimentation that brings about the failures that spawn discoveries.

Startups are committed to the ethos of “fail fast, fail cheap” but when they are not built with the culture, leadership, process and skill to turn failure into learning they will fail their way to complete failure. Most startups, after all, do.

No matter where you sit in terms of company size, sector or life stage there’s probably room to improve your approach to failure. That’s why, rather than adding to your inbox yet another year-end “top 10” list, I’ve decided to help jumpstart 2020 by encouraging you to get better at failing in a way that creates more success.

I was motivated by reading Failure Found to be an “Essential Prerequisite” for Success in a recent issue of Scientific American magazine. The article describes an extensive Northwestern University study about failure. Based on research and analysis of three very large and very different data sets — over 776,721 NIH grant applicants, 46 years of VC-funded startups, and an unconventional dataset – 177,350 terrorist attackers carried out over a 40 year period. The study presents quantified findings about failure based on analyses of these populations. It isolates the factors that differentiate what some people do that allows them to harness failure for success while others simply fail. Interestingly, the findings:

Can you point to moments when you looked at the potential for failure and instead of devoting energy to an avoidance strategy, anticipated how to learn from it? How do you feel and react in the face of failure?

Here are some recommendations on how to make failure fuel for success:

Keep in mind that even if not by design, you are a role model for your team, partners, colleagues, board, investors or friends who will all pick up on the signals you give off about your latest failure. Besides what it will do for you, if you are able to overcome avoiding, burying, denying or rationalizing failure, you will help those around you, and improve their confidence in and willingness to support your vision.

Find your successes by embracing the failures.

I am interested in your stories about how failure has helped you succeed, so please reach out to me at amy@amyradin.com. 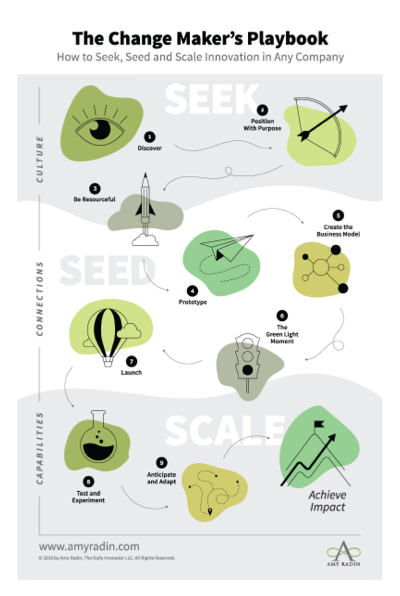 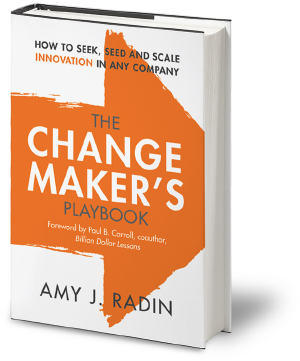